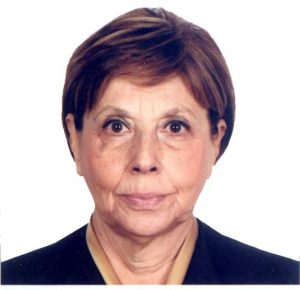 Oya Araslı was graduated from İstanbul University, Faculty of Law and received her PhD degree, associate professorship and full professorship titles from Ankara University, Faculty of Law.
She was elected as a member of parliament in 1995 from Mersin (İçel) and in 2002 from Ankara. Meanwhile, she also worked as Parliamentary Group Deputy Head, Secretary-General and Vice President of CHP. After her retirement she focussed on painting and held her first solo exhibition in 2017.